On Sunday night this week, my husband and I watched the awards show for TV programs, The Emmys. We live near Los Angeles, so TV show production is one of the big industries around here. For us, The Emmys can be entertaining, but it also gives us the summary of what was popular on TV in the past season. We don’t watch many shows, but we like to learn what is going on in our times and culture. According to a study done by FX Research, 455 original scripted shows ran on American television in 2016. Many of the nominees were programs I had not even heard about. Things have really changed since I was young! Yet our favorite TV shows continue to form memories of good times.

In my youth, during the late 1950’s and 1960’s, my family had one black and white TV. On Fridays, my dad would pick up a pizza after work, and bring it home for family dinner. Then we would gather in the family room to watch Get Smart together. On Sunday nights, we would get to watch the magical Wonderful World of Color, with opening scenes from Disneyland. I loved that show. I’d dream of visiting Disneyland one day, and now I live about 40-minutes away.

My younger brother and I would watch other great cartoons, including the Rocky & Bullwinkle Show (Jay Ward Productions), and Hanna-Barbera’s The Flintstones, The Jetsons, and so many others. Such great memories! 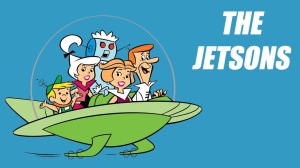 Cartoons sure have changed. I’m not sure what’s popular now, but we’ve gone from these old classics to Pinkie and the Brain (which I did like) to The Simpsons to South Park.

I wonder if our parents felt guiding our TV viewing habits to be less complicated back then, compared to today. I remember that I could not watch a program called Peyton Place, nor could I watch Laugh In until I was older.

And about the time I hit junior high, The Monkees became a favorite show. If you grew up in the late 1960’s, who was your favorite Monkee?

I remember Happy Days and All My Children being very popular when I was in college.

I was a fan of a variety of shows through the years including Cheers, Moonlighting, Dallas, Friends, Mad About You, Frasier, Will and Grace, and many others. Now we watch late night comedy shows, Madame Secretary, Modern Family, and The Crown. And I still miss Downton Abbey. Perhaps you do, too.

Besides programming, technology changed. I still remember when my family got our first color TV and we watched the annual special, The Wizard of Oz in color. The epic story begins in black and white, but for me growing up, it was all black and white until we finally got a color television.

TVs also became more common. From one TV in the house, TVs soon took their place throughout the house, including bedrooms and kitchens. And eventually in vans for kids to watch movies in the car.

The only change the bothers me is that we have to pay now for most TV viewing options. But that’s going to change, too. With Apple TV and other technology on the market, and using your computer to watch programs, there are ways around that. I don’t have the ability to elaborate, but you probably know someone younger who does.

What TV memories do you have? Do you remember when your family got their first color TV? What are your favorite shows now?

Stay tuned, as they say! And stay charming, friends. Have a good week!