In our smart phone world, is it just me? Or does it bug you, too, when people seem totally clueless that other people around them do not want to hear whatever is happening on the phone? Recently, I had several experiences with people unaware, and I was ready to scream. Instead, I just shook my head and took notes for a blog post. Each day brought a new annoying phone behavior by someone located near me, mostly noise related, mostly involving a smart phone. So I’ve reviewed some phone etiquette guidelines for the uninformed, though they are not reading this post.

Guideline #1: Use discernment when putting a call on speaker in a public setting.

Or, to put it another way, never put your phone call on speaker in a public setting.

What is it with people? Really? You (not really you, but the general you) take a personal call using your speaker feature in a public setting. Did you miss that day in smart phone etiquette school? Come on, people. We don’t find your phone call in the coffee shop, or anywhere, of value or interest. In fact, it is annoying. One does not need to use a speaker phone in public settings, unless it is a meeting or group call.

Guideline #2: Resist taking a call in the public restroom.

I’m sure the following situation has happened to others. I was in the women’s restroom, in a stall, taking care of business, so to speak. Someone in the next stall took a call (we call that a stall call) using the speaker. Maybe I flushed during the call on purpose. Maybe I didn’t. I don’t recall. Speaker phone features pick up a lot of background sounds, though. Be aware. 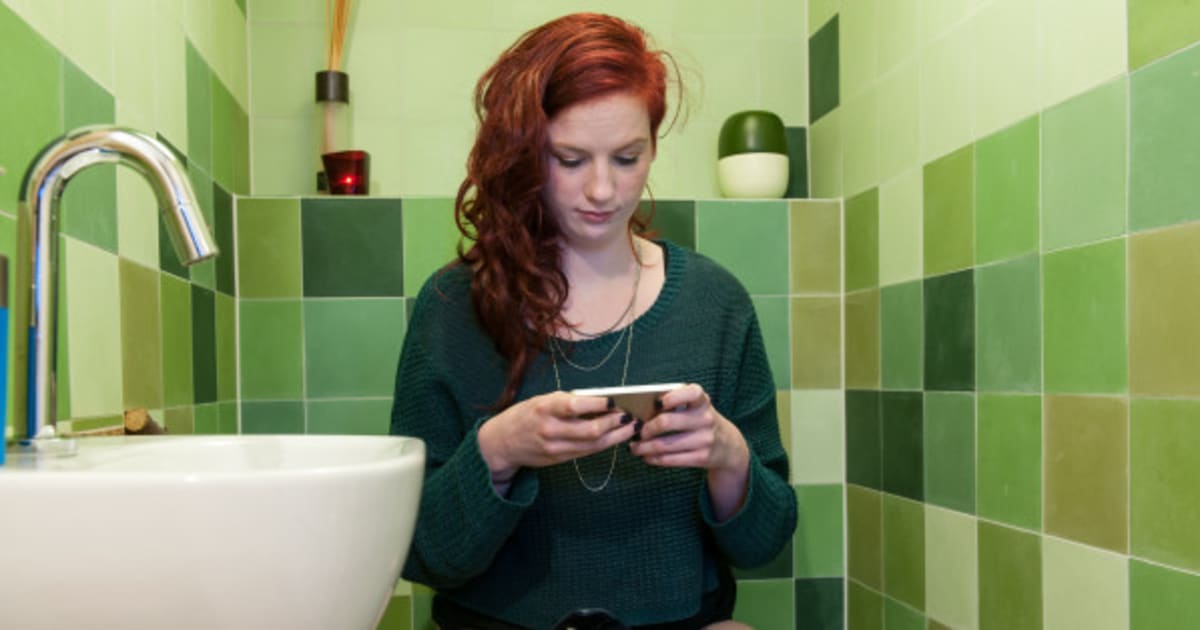 Guideline #3: Bring your headphones, and use them.

I was at the doctor’s office, waiting in the waiting room where we have to wait. And wait. Waiting to be called back to see the doctor. Another person in the waiting room decided to watch a video. Of course, the sound was on. There she sat, watching the video, and all of us could hear the dialog and soundtrack. How did she not know how annoying that was? So I went and got popcorn, came back, sat down right next to her, and said, “Hey, friend, what are we watching?” That last part did not happen, but it was tempting. Just then, I got called in to see the doctor. As I passed, I turned to her and said, “You know that character dies in the end, don’t you.” Again, I didn’t, but I felt like spoiling the plot. Silly me. I need to work on an appropriate response for next time that happens. Or maybe I’ll just start watching a video, too, only louder. Passive aggressive much?

Use your headphones when listening to a video on your phone in public. Don’t add to the suffering of others at the doctor’s office.

Guideline #4: If you are disrupting others from the main activity, stop it.

Then Sunday came along. I was seated in the worship service. A young man was seated behind me and a few seats toward the outside aisle. He, too, was watching something on his phone during the service. A lecture or a stand-up comedian or something with one male voice. Maybe he was streaming the exact same sermon, but had a time delay. Maybe he was watching another pastor. Who knows? Did that matter? Did the content of his viewing matter? Not really. It was totally disruptive to me. I did not say anything, though. I just focused more intently on the service. After the service, I was going to say something to him, but I changed my mind.

If it’s a distraction to others, this can be Annoying Behavior #4

This has nothing to do with a smart phone, except for the woman’s last comment to me. But since I’m on a roll, crying out against noisy behavior in public settings in general, and courtesy on the planet overall, let me to add this one.

We walked into the theater and chose our seats, partway up, center. Two seats. Side by side. The theater was practically empty. I set my purse down on the theater chair to my right. Soon, a grandmother and two girls came up the steps. You’ve probably just guessed what happened next. With plenty of empty seats throughout the theater, they decided to sit in our row. Of course, the grandmother asked me if anyone was sitting “here,” in the seat right next to me, my purse’s seat. Naturally, I said no, and moved my purse to my lap, thinking to myself, “What’s wrong with all the other rows around us?”

Eventually, the mother joined them with the popcorn and drinks. And the movie began. They were quite chatty before the movie started. They continued to process every plot twist and share every thought in response all the way through the movie. I was exhausted after blocking it out for two hours. It was the movie Coco, which is loud and fun, so that helped drown out their conversations.

After the movie ended, they were looking around their seats. The grandmother turns to me and says, “She [the mom] thought she lost her cell phone.” I hadn’t asked. I hadn’t even looked their way. But I managed to say, “That’s great she found it.” What can you do? Be grateful it doesn’t happen more often! Maybe you are more patient and understanding than me.

For more on good manners with using the speaker phone feature, here is another article: Speakerphone Etiquette

18 thoughts on “The Noise That Annoys: Smart Phone Stupidity and Social Manners”